Wagnaraia!! (known as Working in Japan) is set at a family restaurant in Hokkaido, in the northern prefecture of Japan. Our protagonist is a 16 year old high school student named Souta Takanashi who in the first season begins his part time job at Wagnaria. He becomes closer with his co-workers, among them are: Popura Taneshima, a high school girl who's a year older than Souta, and is easily mistaken for an elementary/middle schooler, Mahiru Inami, a young girl with androphobia who punches any male that comes close to her, Hiroomi Souma the blackmailing chef, and Kyouko Shirafuji, their 28 year old manager who is as lazy as can be. 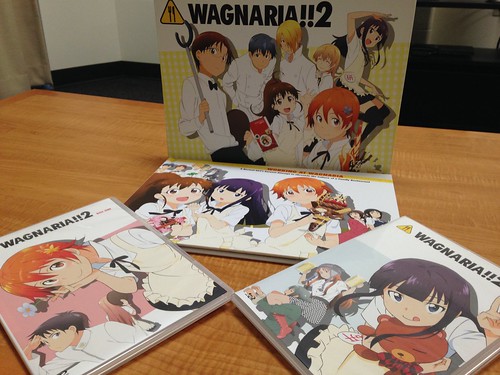 Like the other premium edition sets from NIS America Wagnaraia!!2 comes with 2 Blu-ray disks containing all 13 episodes and 32 page hardcover art inside the colorful hardcover slipcase. The artbook contains episode guides with screenshot from each, employee surveys for each of workers, character art for the characters introduced in season 2, and the Snapshots of Wagnaraia section containing illustrations of mostly the girls. 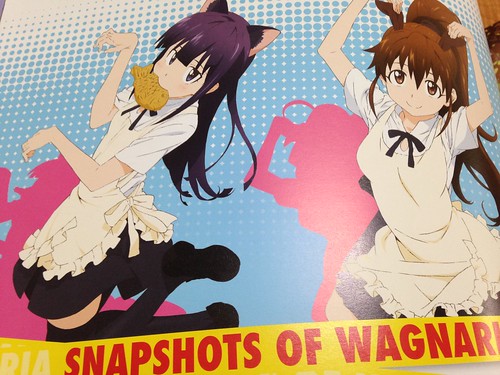 Anyone who wishes to enjoy the story from the beginning should check out the first season before viewing this one as it helps with introducing all of the characters. Those who like anime with no overall plot will really enjoy the series as there really isn't much you need to recall to understand what's going on long term wise. Waganaria!! makes up for not having a plot heavy story with its colorful and eccentric cast of characters who not only will make you laugh but are a delight to watch. 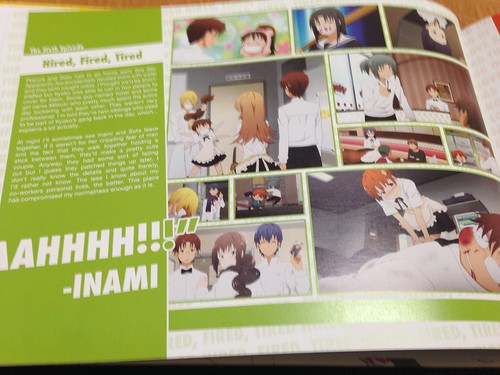 Each of the characters has something any comedy lover will enjoy. Souta who has hidden love for all things small and cute, and that course makes cute little Popura fuel for his interests. In reality we find out that that he initially started working at the restaurant because of her. Kyouko and Yachiyo Todoroki make up the yuri couple of the anime. Kyouko is lazy and constantly makes Yachiyo bring her parfaits, one of the many running gags of the show. The two have a very interesting past that involves Kyouko saving Yachiyo from bullies as a child which might be why Yachiyo is so responsive to her. Yachiyo also carries around a Katana at work and she is completely unaware that it intimidates some of the customers. We also have the so called 16 year old Aoi Yamada who is found by the owner on his travels to locate his missing wife. She lives in the attic of Waganaraia and starts to make trouble for the other workers. All in all, she has a kind heart and wishes to have a true family one day. 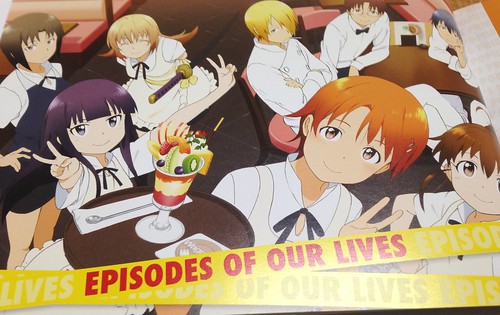 If you looking to start your collection with the first season, NIS America has it available in standard edition form for $39.99. You can purchase season 2 for $51.99 and if you want to buy both sets together it will run you $86.98.