The Metal Gear franchise has been around for over 25 years and next week will see the release of the highly anticipated game Metal Gear Solid V Ground Zeroes. Much like many other popular video game franchises that have been along for a long time the Metal Gear series has had plenty of releases. This is going to be your definitive guide to get ready for Ground Zeroes release next week. Just prepare to devote a long weekend if you want to actually play through all of these games, but trust me it can be done in a few days.

First off you are going to want to have a PlayStation 3 because that is the only console that can play all main games in the series. Of course these games have been on plenty of different console so whatever is easiest for you really won't make much of a difference. Lastly if you want all of the games you will need for this marathon run for the cheapest price possible, Metal Gear Solid The Legacy Collection is the way to go. It includes every main game needed along with plenty of extras for only $50.

Now that you have everything you need for what will hopefully be a video game marathon run to remember be sure to say goodbye to any friends or family who don't want feel like joining you in your quest. These summaries for the most part will not be a story synopsis and instead an overview of the games major features. The first two main games in the Metal Gear series also happen to be some of the most difficult and cryptic games of their time. Both games were finally translated for a North American release with the release of Metal Gear Solid 3: Subsistence. This is one of the few main games you don't need to beat to really understand the story, but if you are up to the challenge of these games then you are about to face a challenge unlike any other game from that era. For everyone else these games work just as well if you read a summery from Metal Gear Solid, but I will do my best to give a quick summery for both games below.

Metal Gear takes place in 1995 and has you playing as Solid Snake. Snake's mission is to sneak into Outer Heaven with the help of Big Boss and rescue Gray Fox. The last, but certainly not least part of Snake's mission had him tasked with destroying Metal Gear. The missions leading up to Metal Gear's destruction was filled with twists and turns along with plenty of difficult bosses for Snake to overcome. After destroying Metal Gear before it was completed Snake was confronted by the leader of Outer Heaven who ended up being Big Boss. Snake ended up having to take out his commander who was instructing him this whole mission and who was also his Father. After defeating and supposedly killing Big Boss Snake escapes Outer Heaven just as it self destructs. Metal Gear 2: Solid Snake takes place four years later and once again has you playing as hero Solid Snake. This time it is Snake's mission to sneak into Zanzibarland on Christmas Eve to rescue Dr.Marv with the help of Colonel Roy Campbell. Similar to Metal Gear, Snake's mission is far from what is appears to be at first and ends up discovering that a new Metal Gear is in development. On his way to destroy another Metal Gear, Snake is stopped by Gray Fox from the last game who is now working with the enemy. After defeating Gray Fox Snake is once again stopped by the leader of Zanzibarland who ends up being Big Boss. Snake once again has to stop him for good and ends up killing him with a make shift flamethrower. Now this is one of the most popular titles in the series and even out of the entire PlayStation One library. Still if you have never played it before than it still holds up incredibly well. No matter where you are playing it the game's controls are still incredibly tight and the story does a great job of wrapping you in it's narrative right off the back. Much like every other game in the series as long as you don't mind a lot of talking, but this series is known for long cut scenes so that was a given. Also the games memorable cast of characters and bosses still remain some of the series best after more than a decade. If you are a fan of first person aiming, improved graphics, and Nintendo references The Twin Snakes is a fantastic remake of the game for the Nintendo Gamecube, but is quite pricey to find these days sadly and was never released digitally.

Metal Gear Solid 2 is much more than a sequel and added a lot of elements that radically changed the series as fans new it up to that point. It was the first time in the series you didn't play through the whole whole game as Solid Snake and had you playing through most of the new game as newcomer Raiden. The game also introduced many new gameplay elements such as hanging from ledges,first person aiming, non-lethal weapons, and many more cinematic touches. The whole game has a much more cinematic feeling in the cutscenes that explain a story which grows from where MGS left off and goes in strange new direction.

Instead of following the dramatic ending of MGS2, Metal Gear Solid 3 takes a look back at the origins of the series putting you in control of Big Boss. Before he earned the title of Big Boss he was Naked Snake and this mission takes place in the 1960's during the Cold War. Along with that you are now tasked to sneak in the outdoors forests of Russia a first for the series to step outside of it's indoors militaristic settings from the past titles. Along with a new setting the game added a stamina meter, camouflage, and the now famous CQC (Close Quarters Combat). Snake Eater is a very different Metal Gear compared to past titles, but that helps the game stand out even more.

Another optional entry in the list of main series games is the often forgotten Portable Ops. The only reason it is optional is for it's empasis on waiting and collecting members to continue the main story which makes it difficult for a marathon run like this. Still the game has a fantastic story following the events of Snake Eater. Like before if you are looking for a short summery of the game's story I will have one below to cover all of the major story points.

Six years after Snake Eater Big Boss is captured by his former team FOX unit and gets swept up in a South American revolt that he is blamed for starting. While breaking out of prison Big Boss meets a young Roy Campbell and the two team up to find out what is really going on. The new leader in charge of this renegade FOX unit is a man named Gene who has the ability to control people with the sound of his voice alone. Gene's plan is to start up a new military nation of his own without the say of any other nations government (remember that for later). On the journey to build up enough help to take down Gene and his team of soldiers, Big Boss runs into "The Perfect Solider" code named Null. Null ends up being a young Gray Fox and joins Big Boss. After defeating Gene, Big Boss is given the funds Gene was going to use for his new nation. After that Snake, Campbell, and his team return back to the USA with their reputations finally cleared.

Metal Gear Solid 4 is the long awaited conclusion to Solid Snake's story after the events of Sons of Liberty. Much like war, the gamelay has changed dramatically featuring many more choices in gameplay. While stealth is always an option, action is no longer something the suicidal would choose. Guns of the Patriots also evolves the CQC and camouflage systems used in Snake Eater. Overall this title is the ultimate love letter for fans of the series with many story lines getting tied up and nods to previous games. Just be sure to bring some popcorn for the final cut scene because it is the length of a movie and that is not a bad thing if you have made it this far. 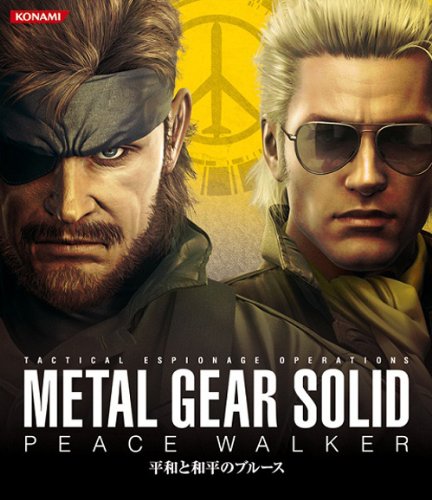 While Guns of the Patriots seems like a perfect ending for Solid Snake, we still have so much to learn in terms of the rise and fall of Big Boss. That is where Peace Walker comes into play, but this time you might want to bring in some friends for this experience. That is because Peace Walker is all about playing co-op a first in the series and works better than most would expect especially for a title originally released on the PSP. PS3/360 versions of the game feature online co-op, but the game is still incredibly beatable playing on your own. This is one of the most important games to finish before Ground Zeroes release as the story in Peace Walker has many characters that lead into the next title. Congratulations if you have beaten all of these games needed to fully enjoy Ground Zeroes properly before it's release! As a reward you should treat yourself to one of the best Metal Gear games of all times and that is Metal Gear Rising. The game is unlike anything in a Metal Gear game before it, but it does take place after the events of MGS4. Without spoiling any of the great moments in this crazy game, just prepare to enjoy one of the best action games Platinum Games has ever released and one of the most fitting soundtracks to a video game in recent history.

A final recommendation is the Digital Graphic Novels for Metal Gear Solid 1 and 2 found on The Legacy Collection especially. This turns both game's stories from comics and brings them to life with not only great animation, but voice acting from almost all of the original cast including David Hayter's last time as the voice of Solid Snake.

I hope some of you can find this a helpful guide into the Metal Gear series and if you enjoyed these games be sure to not stop at the games listed above. If you have also already played all of these game's let me know what you think of the listed games in the comments below. Be sure to come back to Gaming Union everyday leading up to the release of Metal Gear Solid V: Ground Zeroes with a new feature talking about the series.