XSEED Games has announced that their previous PS4 & Vita exclusive release Senran Kagura Estival Versus will be releasing on PC later this Spring. Additionally, there's also news for owners of the original releases in terms of new DLC characters.

A mystical phenomenon transports the buxom beauties of Senran Kagura to a parallel dimension to face off against their rivals in a new kind of battle. In this strange world - which resembles a sunny, sandy island paradise - the girls are thrown for another loop as they encounter departed loved ones and ultimately have to decide if they can bear to part from them a second time.

With over two dozen playable characters, making this the biggest roster in the series' history, it boasts more moves, more story, more attitude, and more destruction online with matches that can support up to 10 players (PS4 and PC versions only; PlayStation Vita supports up to 4 players). All of the series' previous Shinobi girls return with a host of upgraded moves to master, and new playable characters offer more challenges to conquer, along with a story that's equal parts sexy and shocking, serious and scandalous, busty and bouncy.

Similar to the PC release of Shinovi Versus, this release will be handled by the original developers at Marvelous Inc. and Tamsoft, with added Steamworks support including Steam Achievements, leaderboards, cloud saves, and trading cards. The PC release will be published by XSEED Games on Steam this March.

On both the PC version and the original PS4/Vita platforms in March, Ikki Tousen characters Sun Ce, Lu Bu, and Guan Yu will finally become playable characters as premium DLC. 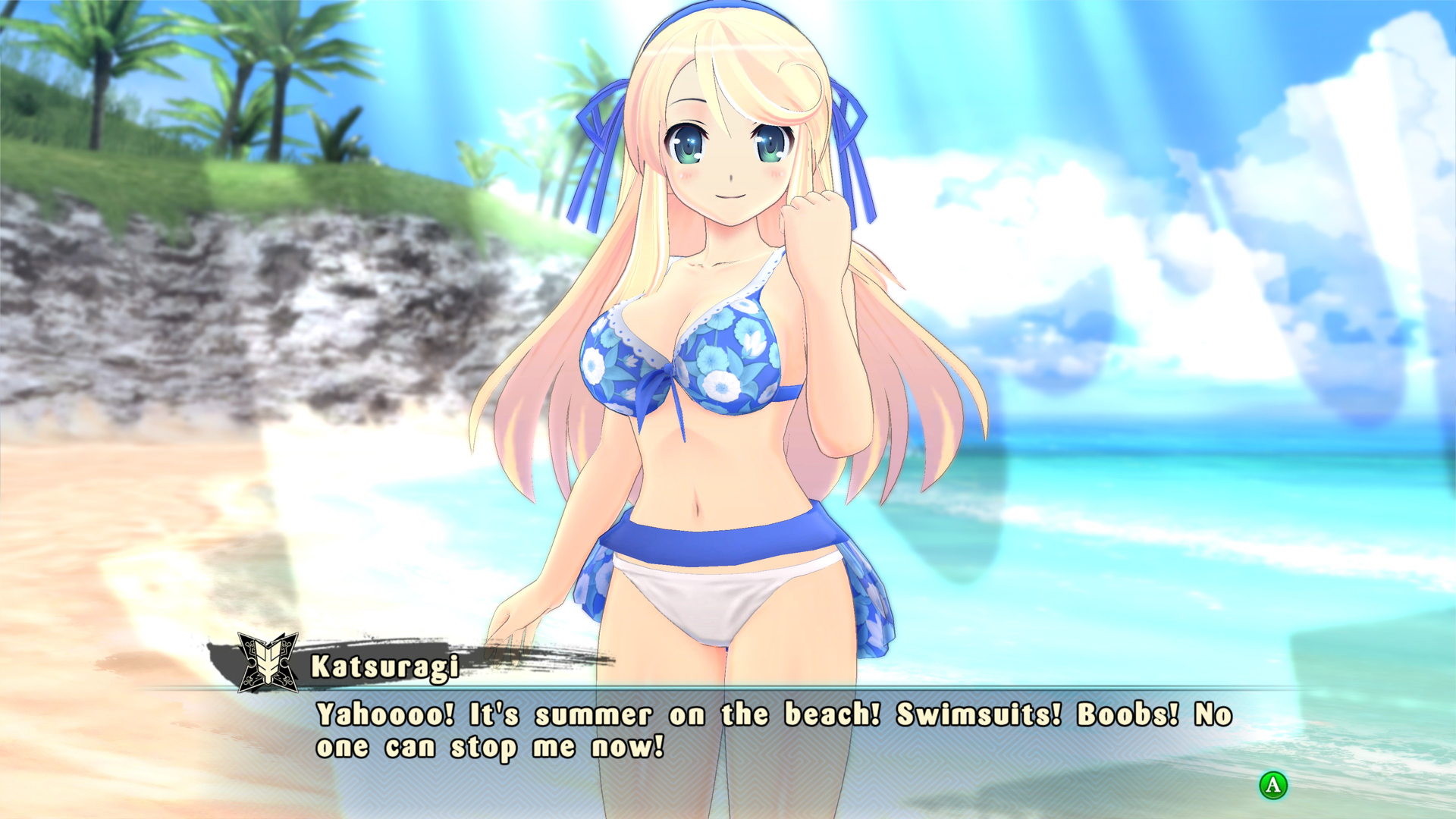 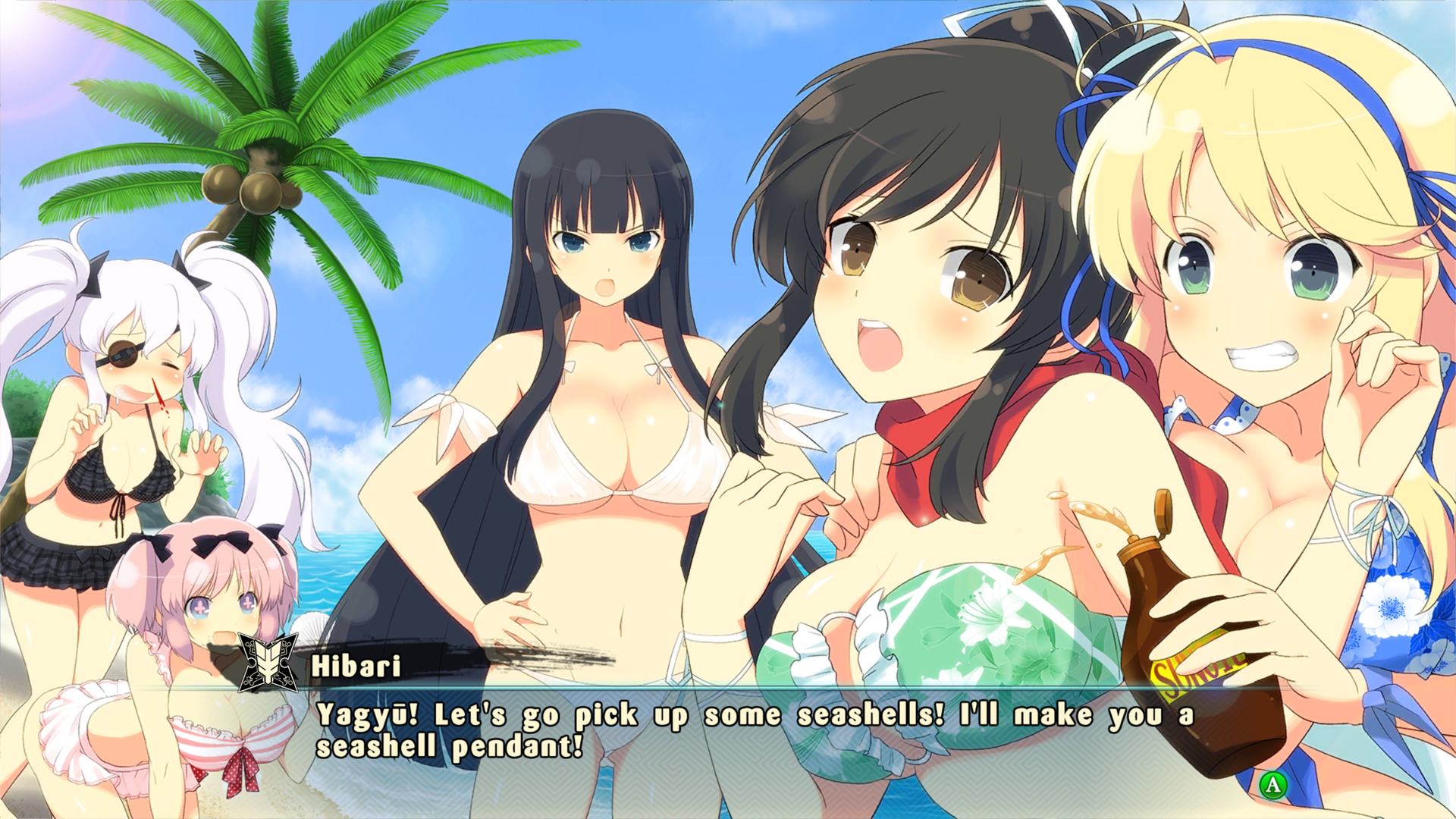 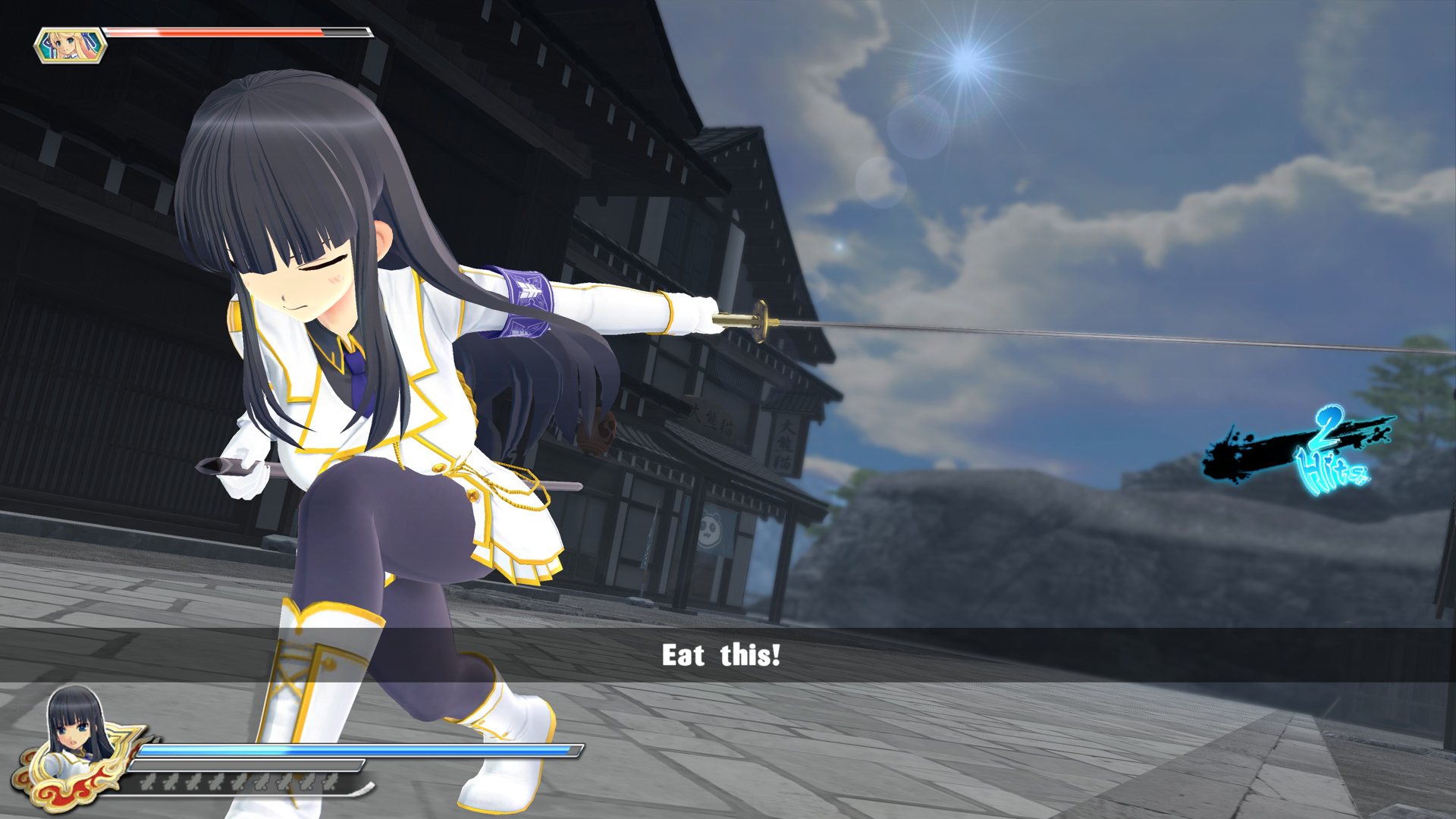 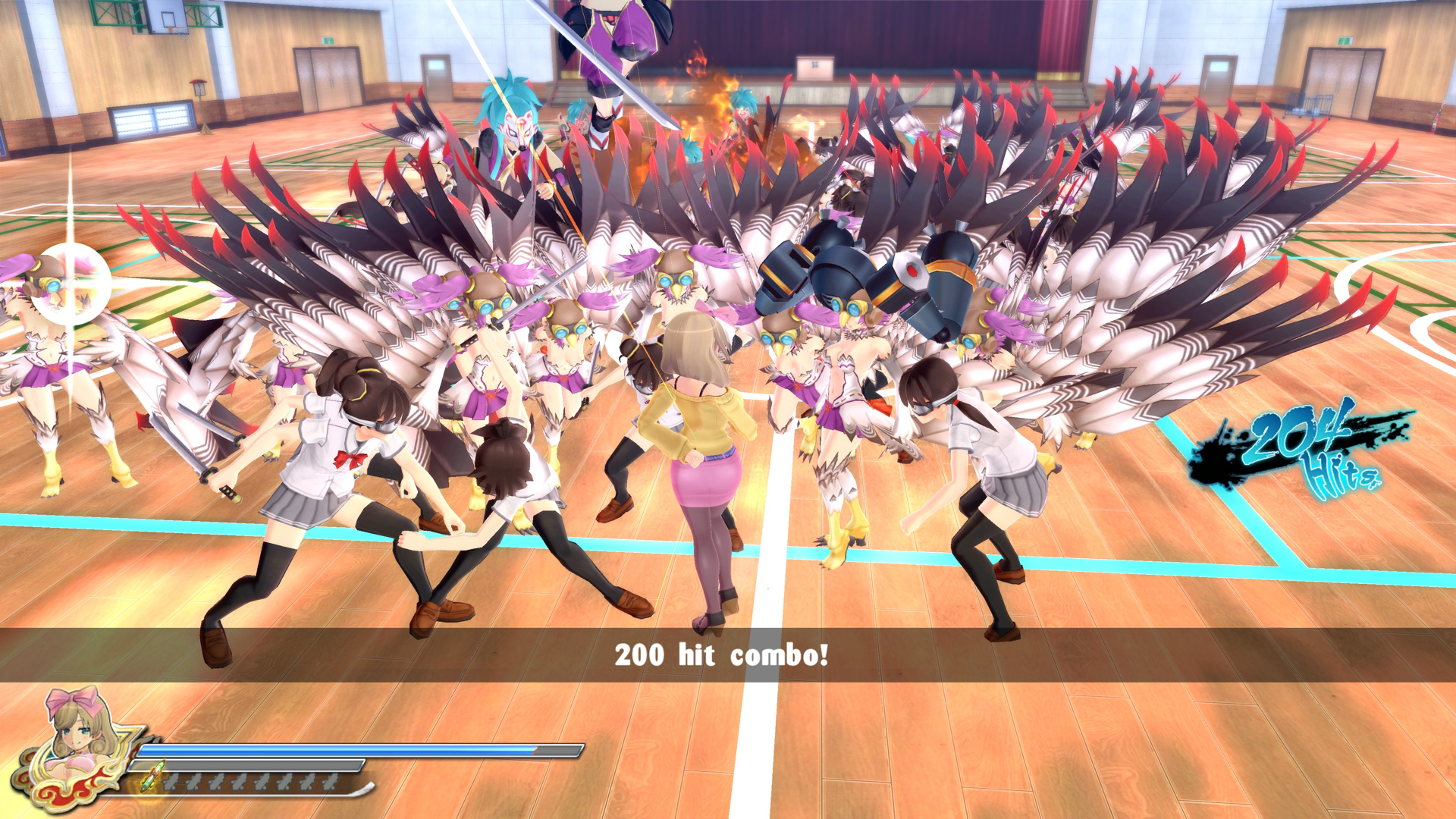 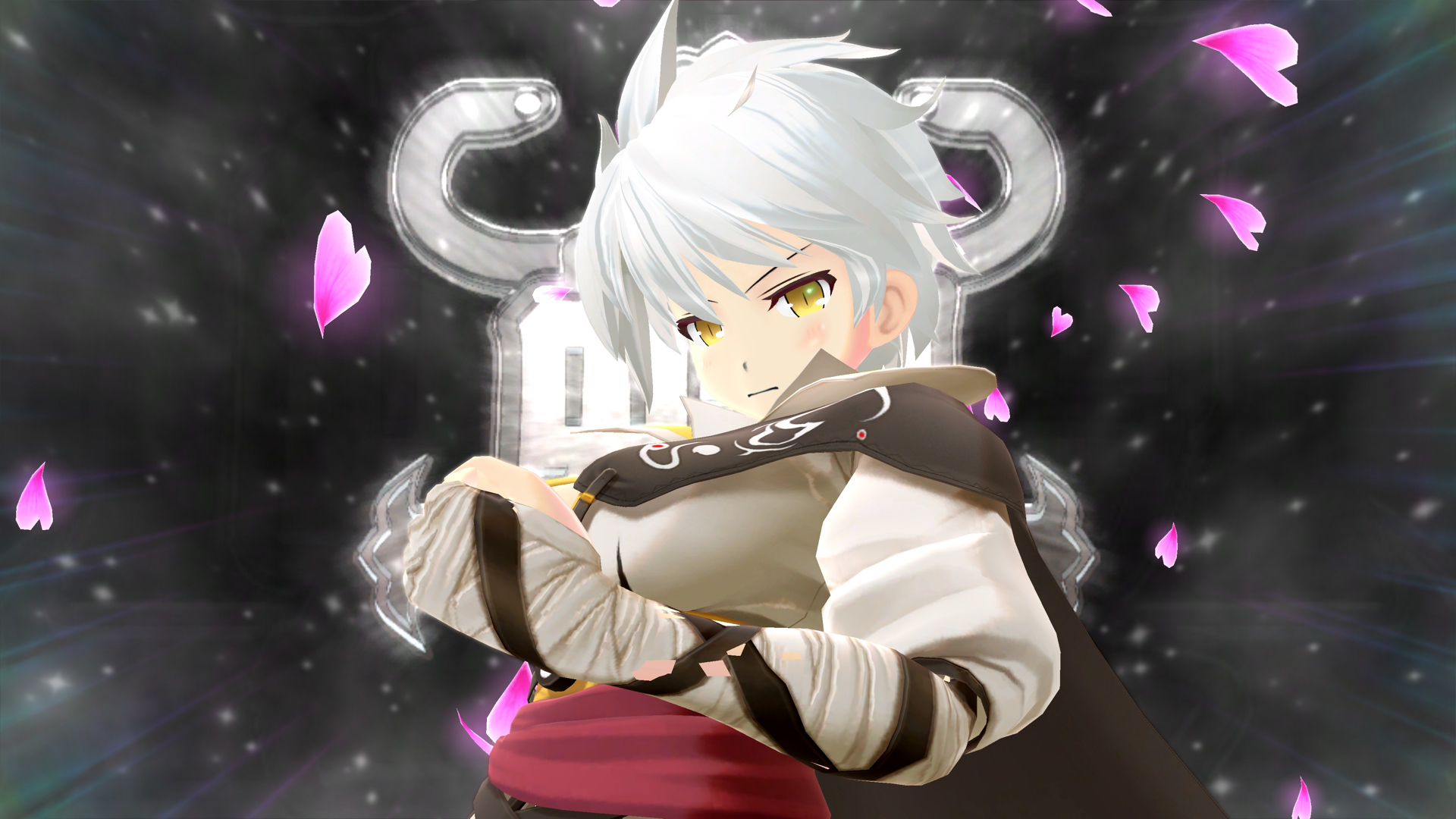 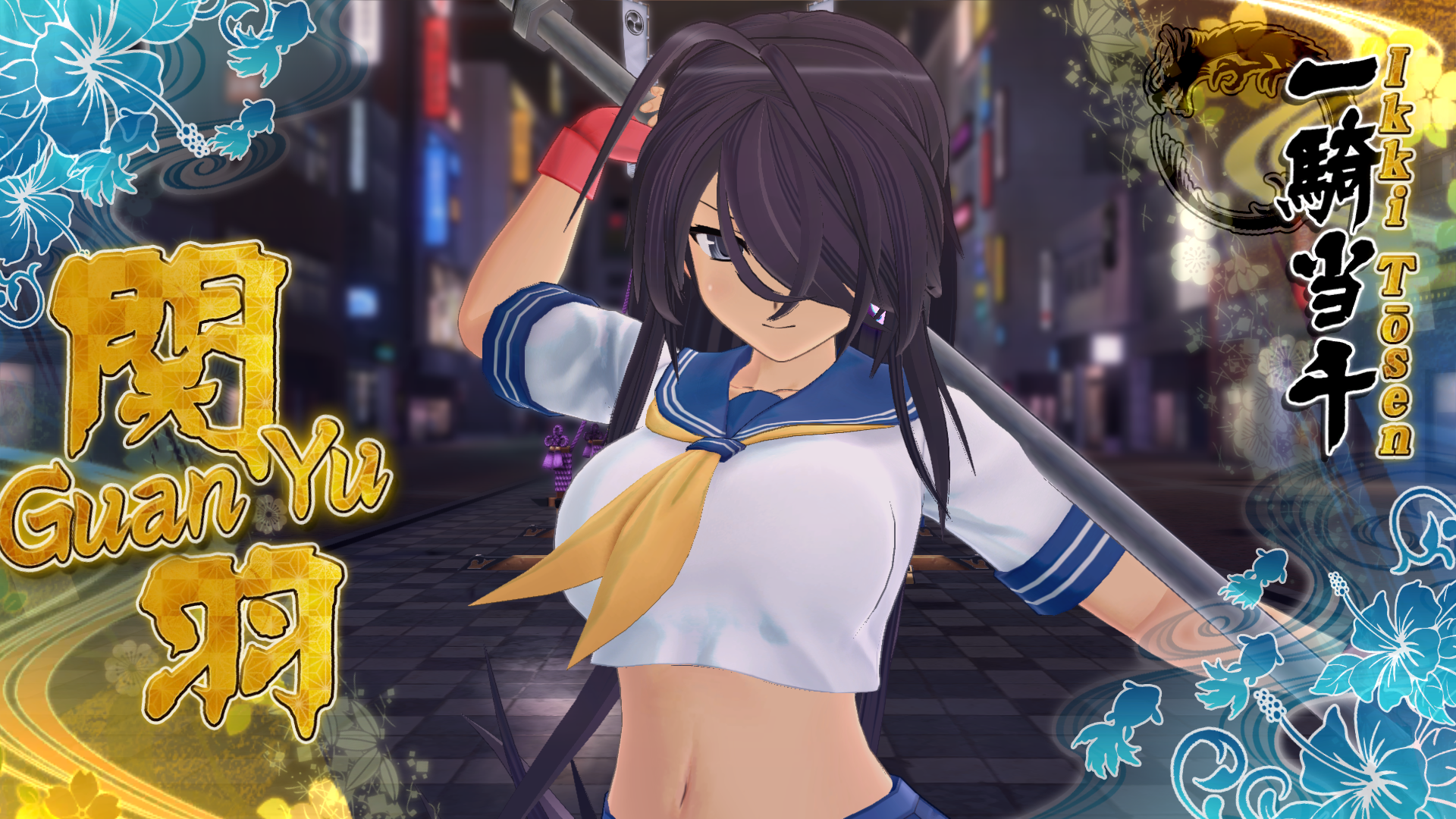 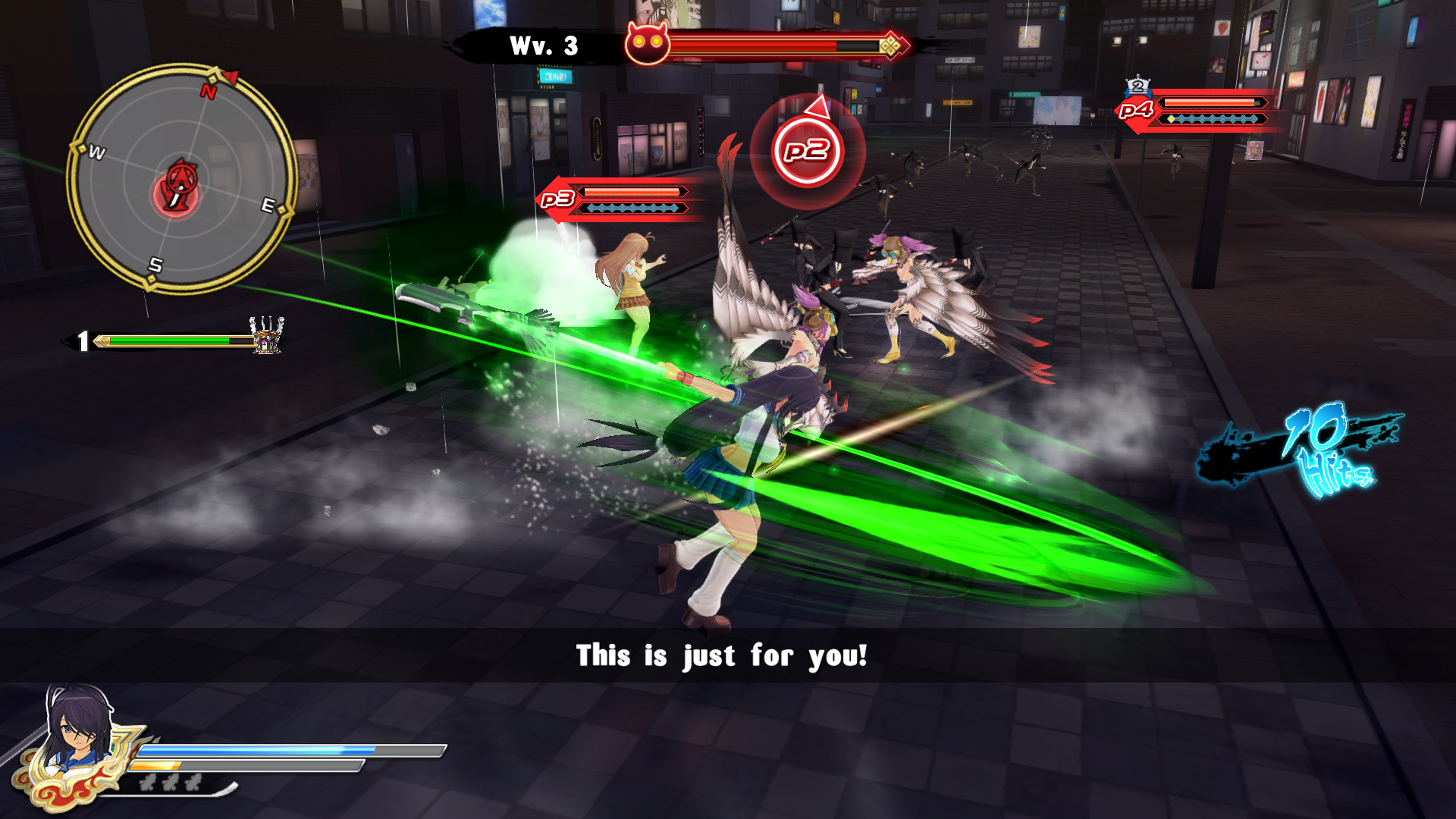 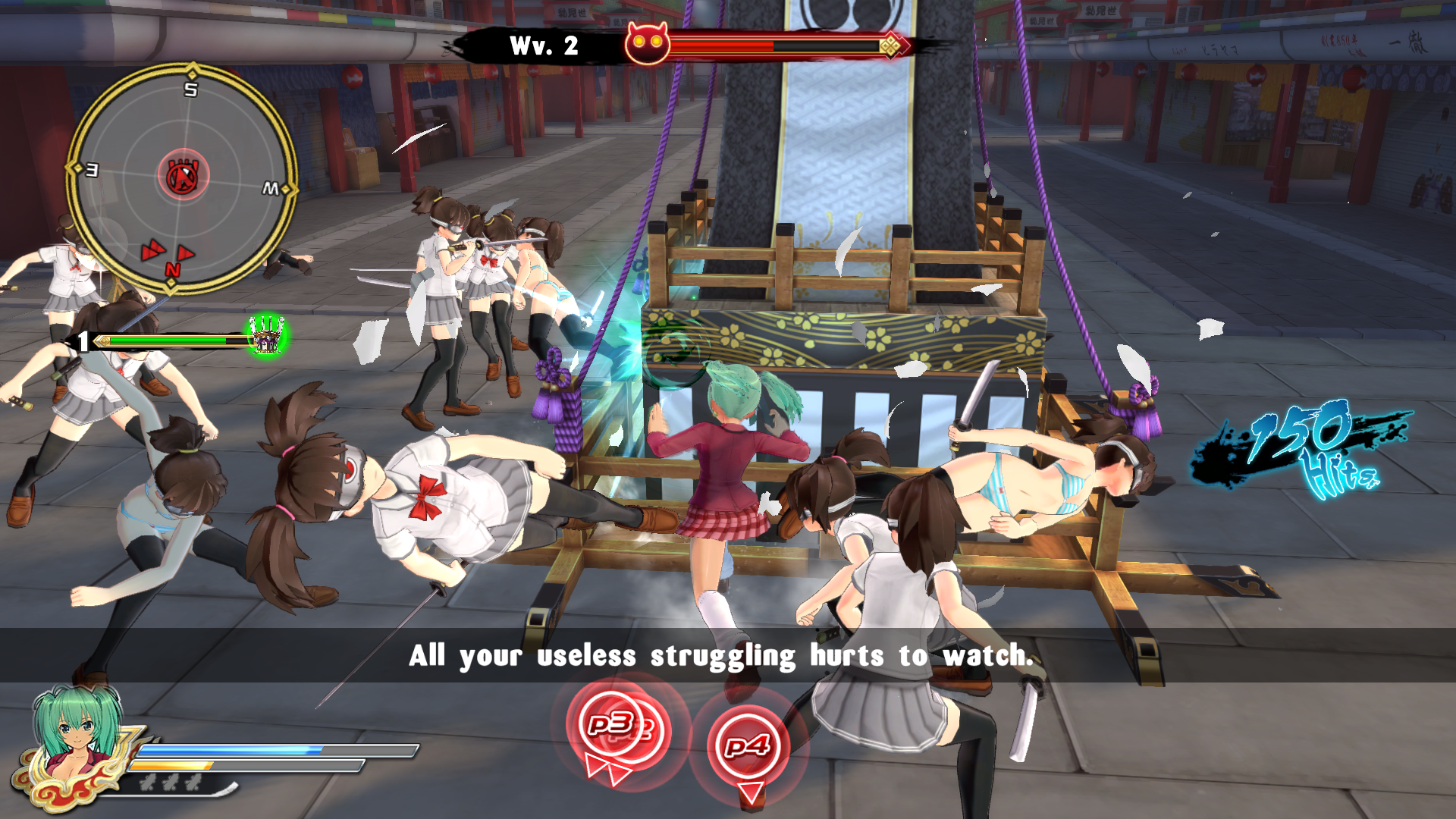 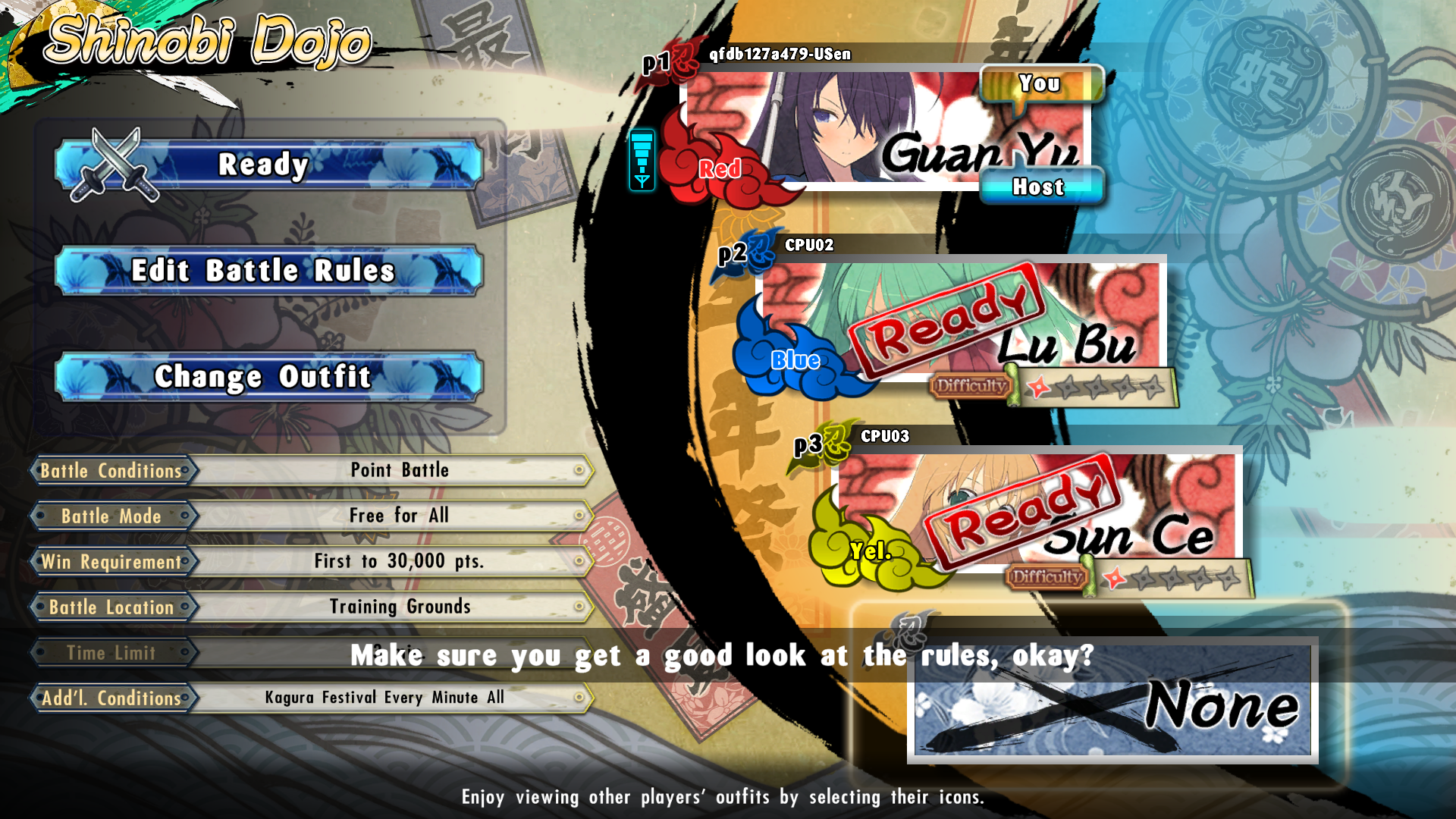 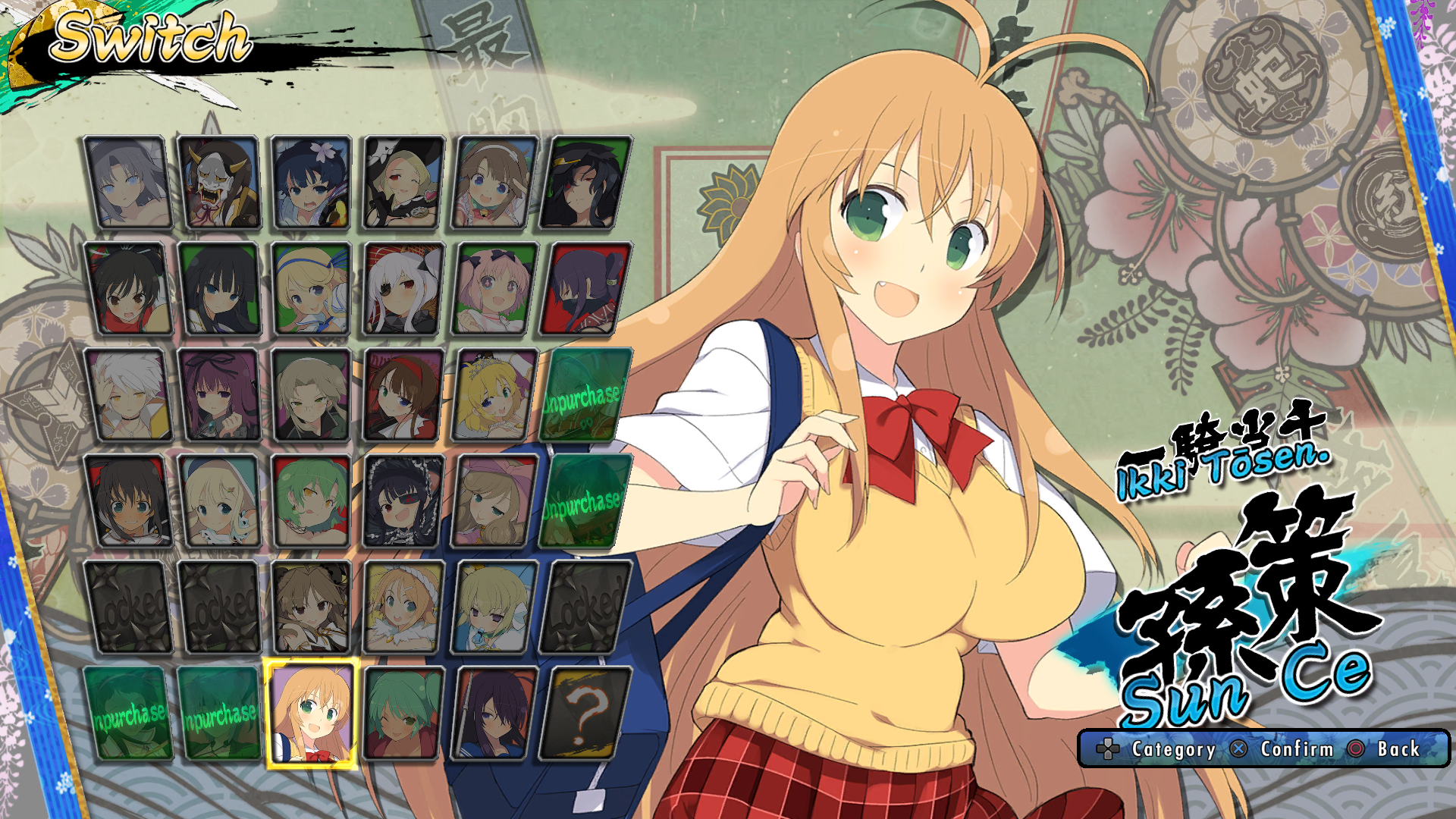 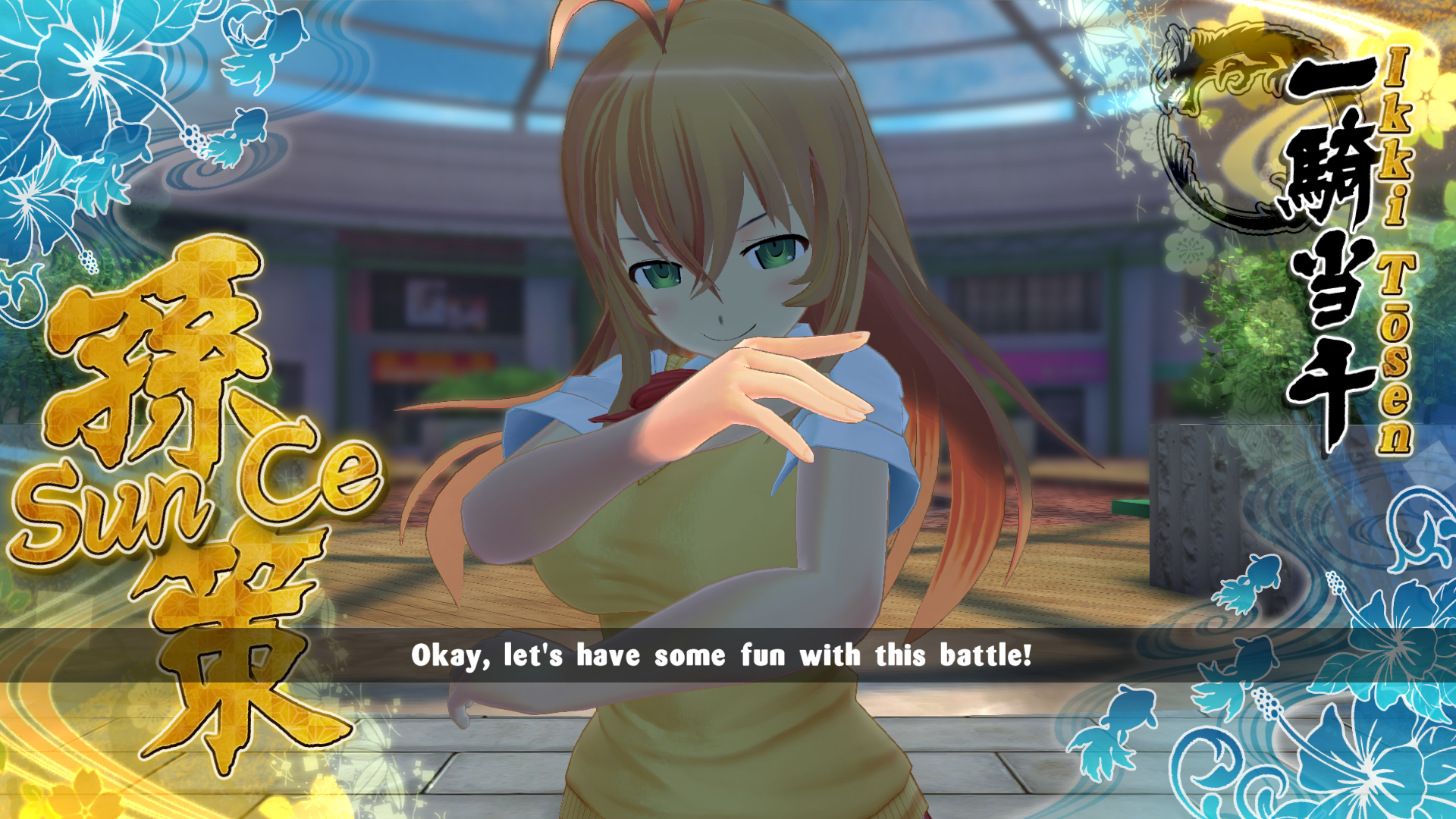 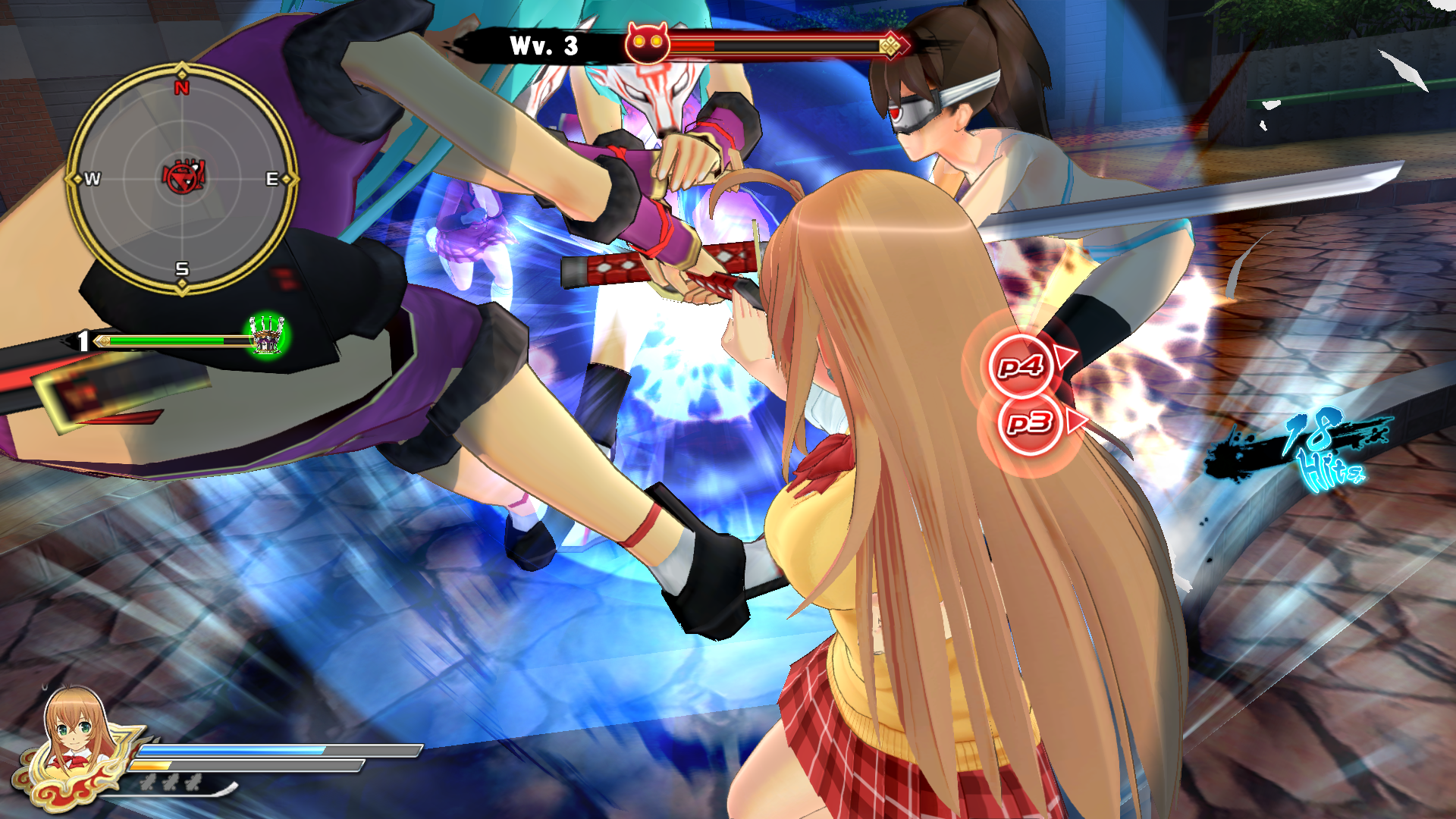